NOTE: This is a work of satire. 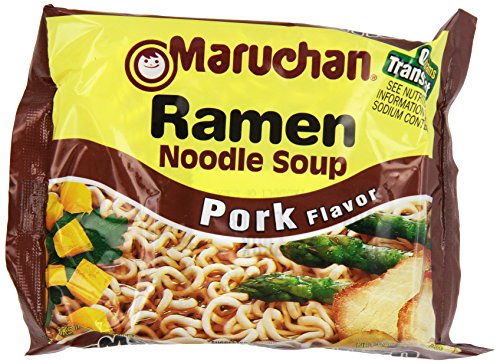 Somewhere in Scandinavia, on a crisp October afternoon, Nobel Committee chair, Berit Reiss-Andersen, emerges from locked doors after hours of deliberation, to announce the laureate of the 2017 Nobel Peace Prize. Journalists with cameras and microphones ready eagerly await the results.

"I am proud to announce that this year's Nobel Peace Prize goes to Maruchan Ramen for its efforts to save millions of American college students from death by starvation. Before Maruchan came along, it was expected that college students would go on a Gandhian diet in order graduate, provided, of course, that you survived. Maruchan changed this by deciding that instead of barely subsisting on breadcrumbs and apple cores, college students should subsist on paper noodles and sodium power. Those whose rib cages were otherwise showing could now maintain a minimum ninety pound body weight. It is certainly the miracle of our times that the wealthiest country in the world depends on a Japanese ramen company to feed its citizens seeking basic education necessary to participate in the economy. If anything, Maruchan has saved as many, if not more lives, than Mother Teresa and Norman Bourlag combined."


Questions soon followed.
"Aren't you disturbed by the fact that many take starvation to be an expected condition of basic college education?"

"Doesn't it bother you that knock-off Japanese cuisine is more affordable for college students than healthier alternatives like fruits and vegetables?"

"Your Orientalism is showing. Who are we to critique the Japanese by our standards of what is healthy? Don't they live longer than most?"

"Instead of relying on cheap noodles, shouldn't we pressure our political leaders to find solutions to the problem of hunger on college?"

"If college students were well-fed, Maruchan would go out of business, and all the Japanese robots who make ramen would be unemployed. We live in a globalized economy now, and your protectionist complaints would surely lead to a trade war."

"Are the rumors true that Maruchan will have a sexy anime waifu as its new mascot?"
"Of course they're true, it's a major part of the reason why they won the prize."

Journalists had attempted to get the reactions of college students to the prize, but at the very mention of food, they proceeded to try and eat the journalists. Alumni who had survived college on a Maruchan-only diet had all died of diabetes before journalists could get to them, as they were too busy paying off student loans to afford dialysis or organ transplant. When journalists tried to get in contact with Maruchan for their reaction, they were too busy fighting over whether their mascot should be a tsundere or a loli to be bothered.