Unforgiveness is the Poison We Drink

Unforgiveness is the Poison We Drink 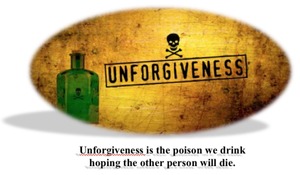 In 21 years of reconciliation ministry, I have found that the most challenging issue for many Christians to overcome is unforgiveness. Here is a brief sampling of what I have witnessed:

In this case and others, unforgiveness led to other problems in the lives of the individuals who struggled to forgive. Some of the problems included physical health issues, bitterness, lingering anger, fear and mistrust of others, loneliness, and more broken relationships.

READ MORE ABOUT OUR NEXT EXCITING PROJECT Make your tax deductible gift today!

Ted Kober
1 Although the situations are based on real cases, names and details have been changed to protect confidences.