Square Tiling Of A Sphere, Part 1/3

I almost always work on 2D game maps, but occasionally I get intrigued by planetary maps. I'd like to make a planet that uses a grid. The topology of a sphere requires a few things: 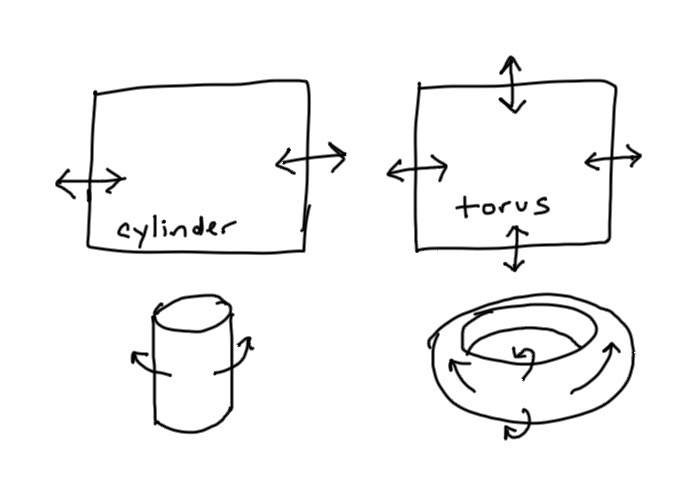 A few years ago I played with hexagons covering a sphere. The main idea was that although there are some pentagons scattered around, we can hide them by making the map generator produce impassable terrain (deep oceans, inaccessible mountains, lava, etc.) in those areas, so you can never get close to the pentagons. Also, we have to divide the planet into regions that get shuffled around as you move around. While I was working on that I found some other things I wanted to try, but I didn't try them right away. Why?

I have three kinds of projects:

Since I limit my time on each of the "gamejam" style projects (marked with an /x/ in the URL), once I run out of time, I'll stop, and make a list of things I want to explore later. For the hexagons-on-a-sphere project, I wanted to try squares-on-a-sphere, but didn't have time. I decided to explore that topic last week. I started with HEALPix, a layout used by NASA for placing quadrilaterals on a sphere, but I concluded that it's overkill for my needs. NASA also has the COBE quadrilateralized cube, and there are several other layouts to try. But I'm out of time, so those will be in a future "gamejam" style project. As often happens, I realize towards the end that I should've read more papers first, but sometimes I don't know what to look for until after I've tried implementing something.